​Contact us if you wish to appraise a Persian Sultanabad rug. See detail on our appraisal services.​​

How to recognize antique sultanabad rugs

​Antique Sultanabad rugs are typically large carpets that were destined for the houses of the rich and affluent in the West, designed in allover patterns using motifs adapted from traditional Persian forms to better suit Western tastes. The style and color palette of these rugs is bolder and freer than traditional Persian rugs, reflecting the new artistic outlook of that period in Europe. The bolder style was particularly well suited for the larger size carpets and did not require  fine knotting which would have involved a considerable amount of time to weave and might not have been commercially viable to produce.

Paradoxically, even though the foreign companies were criticized for controlling too much production and design, the freer style of antique Sultanabad rugs was more akin to tribal rugs than to the more formal Persian carpets. This, together with their somewhat modern look, is what makes antique Sultanabad rugs particularly attractive with the Western public despite being relatively coarser. The rugs were an immediate hit at their inception and remain very popular.

​Ziegler & Cie was at the forefront of the drive to design carpets more attuned to demand in the West. It established itself in Sultanabad around 1880 and quickly had hundreds of workshops [This section is still under construction].

​The price of an antique 19th century Sultanabad rug is mainly determined by its decorative value, with the density of the weave of less importance. At reputable antique rugs auctions, these rugs have in the past grossed several thousands, but the demand for large carpets has been subsiding and the market does not seem to bear as much of these rugs as it used to.

Antique Sultanabad rugs originate from the city of Sultanabad (now Arak) and the surrounding area in central west Iran which also comprises the village of sarouk a short distance to the south and the town of Mahallat to the north and west. This region became an important center for rug weaving in the late 19th century with the arrival of foreign companies, notably the England-based firm Ziegler & Cie, in response to the rising demand for oriental rugs in the West. 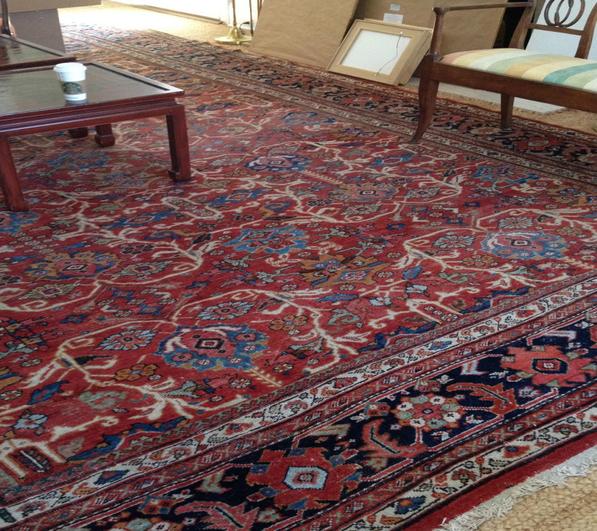 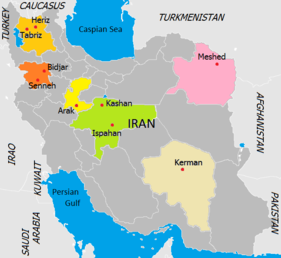