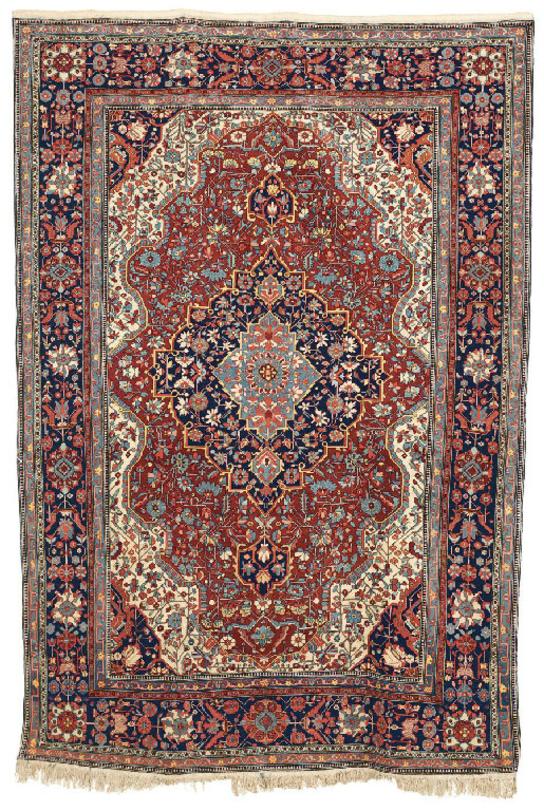 Modern rugs have become so diverse, and imitation between countries so widespread, that it is sometimes difficult to ascertain a modern carpet is from Kashan without a close inspection. Adding to this difficulty, modern Kashan rugs have also expanded their palette of colors and designs. However, the oval central medallion, with or without prolongations on each side and spandrels, over a bright red field, or the all-over pattern of rosettes and palmettes with vine-scrolls usually on an ivory background, are recurrent themes.

The price of an antique 19th century Kashan is mainly determined by the quality of its wool, colors, and design, the density of the weave, and condition. At reputable auction houses, these rugs can range from a few thousands to several thousands. 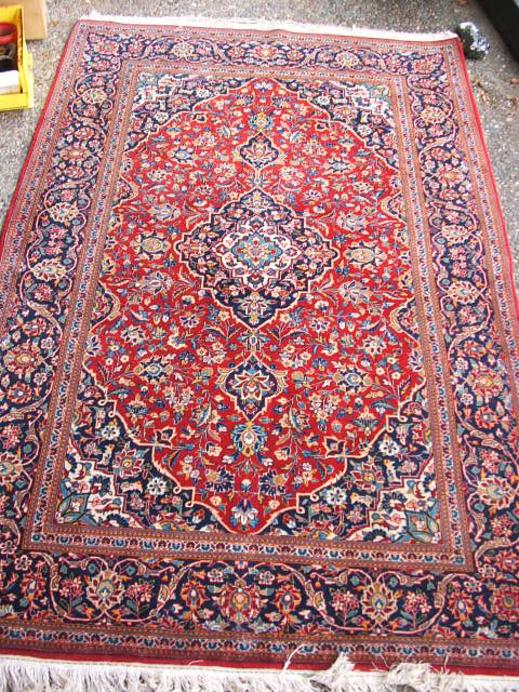 It is thought that a famous master weaver named Mohtashem produced some of the finest antique Kashan rugs. But aside from a couple rugs signed with that name, there is no other information about this weaver, nor are there objective criteria to determine whether a rug is from Mohtashem. Rather it has become a custom to label certain classes of fine antique Kashan rugs as 'Mohtashem' Kashan

Oval central medallion, with prolongations on each side and spandrels, over a bright red field within a blue border

The following is a short guide on Kashan rugs. Please contact us if you wish to sell your Kashan rug.

​Contact us if you wish to appraise a Kashan rug. See detail on our appraisal services.

How to recognize antique Kashan rugs

Most antique Kashan rugs available on the market today date from the late 19th century or later, when the rug industry saw a revival. These carpets are not always easy to identify because they come in many different forms. They are generally of area or room sizes in a somewhat formal and conservative style, often with an oval central medallion with prolongations such as lamps hanging on each side, and spandrels in the corners, with floral motifs typically covering the field. All-over patterns and pictorial designs, usually showing some leaders in a photo shoot, are common as well. The wool is usually of high-grade. The rugs are sometimes labeled 'Manchester' Kashan to indicate that the wool comes from Manchester sheep, or 'kurk' (or 'kork') Kashan to indicate that the wool comes from the softest parts of the sheep. Not surprisingly in light of the city's history, Kashan rugs were also often woven in silk. The knots are asymmetric and typically fine. The pile is of medium length, while the dyes are of excellent quality with diverse colors, although reds and browns are typically dominant.

Antique Kashan rugs are named after the city of Kashan in north-central Iran. Kashan has been an important carpet weaving center since the Safavid era (16th - 18th century), and before that was famous for its silk and especially ceramic tiles, so much so that the word 'kashi' became synonymous with tile. 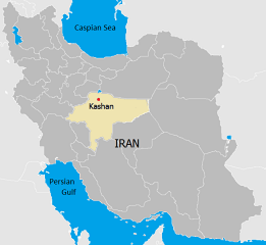